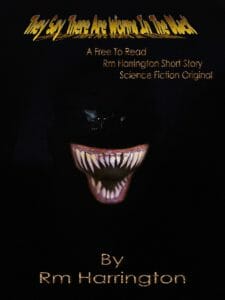 Worms In The Black

Worms in the Black is a free-to-read PDF science fiction short story offered by author Rm Harrington. If you should encounter “Some Say There Are Worms In The Black” on any other website, pleased contact this author at either of the following two links:

It’s about worms, black and hell fire on earth. Herein is the opening scene. If you rather just download the complete story, leap ahead to the FREE PDF of “They Say There Are Worms In The Black.”

Some Say There Are Worms In The Black

They say there are worms in the Black. Drake never seen a single worm, but all the same, he did not want to go back out there. It had been ten years since anyone had ventured outside of the dome. Even if they were right about worms in the Black, perhaps they are gone now. Either way, Drake was the only one who knew how to repair the generators. But that last tremor had caused a cave-in at the inside entrance to the dam. Not good. Not good at all.

He walked one of the deserted streets near the north end of the dome. Save for Doug, a blackish-brown curly-haired Airedale terrier that was always ready for a trek near the outer reaches, he was alone. He sported an Osprey Atmos AG 65 backpack loaded with compressed lunch packages, medical emergency supplies, hydration fluids, fire starters and the lot. He also carried a handy Gransfors Bruks Wildlife Hatchet for cutting, hammering and defense, and a Bersa Thunder 380 in a right-hand shoulder holster beneath his jacket. The blow-back double-action/single-action semi-automatic remained a reserve piece, unrevealed to everyone including Chief Copper the dome’s primary security leader.

For a long time now, a fading had been upon the people. No new human life came to the dome, either from the outside or the inside. Of the original builders, all but Copper and two of the planners were gone. Most of the other inhabitants were aging away. Maybe they were too old to fade. Who can say? Even before Drake’s arrival, many of the homes had gone haunted.

Back in the day, his high school teachers had always told him to reach for the sky. After graduation his parents had told him to reach for a paycheck and a wife. After the apocalypse Drake had settled for working with whatever he could reach. In the years that had accumulated since the curse, Drake’s life had changed from that of a pleasurably married electrical field service engineer at Morris Aerotek in Charlotte, NC to that of a widower street junkie in the near-empty alleyways of northern Florida, one of the last continental zones to succumb to the spreading perpetual darkness.

Vines, grasses, weeds and untrimmed trees consumed the neighboring houses, sidewalks and even the blacktop streets. Amazing how quick it grows, he thought. Crisp vegetation should have cheered the air, but rather it brought forth a reek. Not from the current lack of recycling associated with the conked out generators, but rather from something that smelled like the Black. Each day without the generators, shadows inside the dome grew longer and darker.

How hard could it be, he had thought back when it all started. But in no short time, he had come to realize that dumpster diving, although similar in theory to searching the Internet for ideas, was not even remotely the same in practice. That was in a long-ago and far-distant memory. The Drake of today was not the same Drake that had married Lea.

Feeling the Read of Worms In the Black, share with your friends. Thanks

After she had faded, he remained alone even when among other survivors. It was self-punishment loneliness, the kind that reshapes a man’s mind by cutting out trenches of social isolation making it ever more difficult to penetrate the self-imposed walls. If not for coming upon Doug, he might have just given up. But he had survived; enduring the Black, the murmurings and the odors until time passed and he once more began to miss conversation, laughter and even cigarette smokers.

Then about twelve years ago he had stumbled upon the dome and a survivor colony that was willing to embrace a ragged junkie with no more access to drugs, nervous hands, bad memories and near forgotten but usable skills in electrical equipment repairs. For Drake, it was life in the light versus a shadowed existence in the humid heat that continued to accumulate in this cloud-cloaked blackness called earth.

These days he felt normal or at least normal as subjective to the current environment. He was gaining confidence among other people, actually becoming a valued member of the dome society. Sometimes, after a dinner with Naomi and Copper, he could go days without recalling the lost comfort of drifting to sleep with Lea’s left leg across his thigh and her breath softly touching the back of his neck.

View the complete “Some Say There Are Worms In The Black“

Worms in the black, a simple tale rich in undercurrents

Don’t miss Some Say There Are Works In The Black, a trip worth sharing

With Worms In the Black, Rm awakens a deeper vision of a coming hell on earth.

Special exert from “Creatures, A Burden of Men on Beasts.”

And then it happened. Whomp. Whomp. The weapon jerked twice. TiRikita and TiMassoon exploded in the air. Bloody body parts spewed in every direction. A quick dual flash of life force followed. Their minds vanished. They were no more. The screeching increased, only this time it was TiAmidica who screeched. Rage governed his desires, but necessity alone forced his attack. A sister and a brother gone in a breath, and still the alien beasts danced and screeched. The attacker must be stopped. TiAmidica charged. 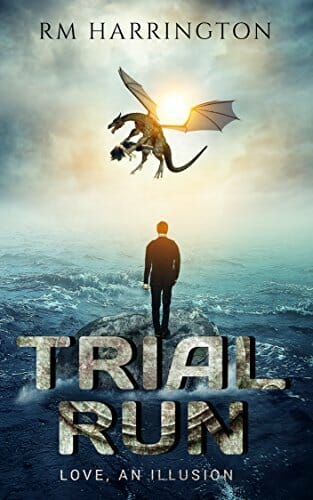