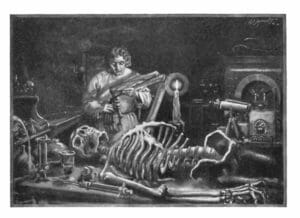 In the early years of English literature, the various forms of media lacked in themes science fiction focused. However, ideas of the times and of the creators of these works have changed; some drastically, some possibly not as much.

Even in the event that tales prior to the 19th century happened to feature a hint of science fictional background, the core themes revolved mostly around mythology, the occult and other antecedents that stretch back into a far older history. In fact, the word scientists as a deliberate coinage, a core term to the concept of science fiction, was not introduced until the year 1840. Following thru, the term science fiction lagged behind by slightly over ten years (1).

This explains why so many champions of Mary Wollstonecraft Shelley see the 1818 publish of “Frankenstein: or, The Modern Prometheus,” as a defining moment in the sci-fi world, wherein Shelley reaps the title, “mother of science fiction.”. We will neither argue against nor approve this concept of Shelley’s position in this matter, but rather let us continue forward in the current discussion concerning themes science fiction oriented.

What was once only a twinkle in the eye of an aspiring dreamer may now be a reality. To say that science fiction evolves at least as fast as actual science is an understatement. Right now almost any off the wall, crazy science that you can think of- somewhere someone is producing a book, movie, short film or fan fiction piece on a blog that probably incorporates some vein of that idea.

If you have even dabbled in themes science fiction oriented you have heard of AI and the resulting apocalypse that is envisioned. While this is a cautionary tale worthy of discussion, the fears previously associated AI behavior no longer hold so potent control over human reaction. With understanding comes routine acceptance.

On the surface, most everyone continues to ponder the threat of Skynet as a future reality. But the trend today is less and less Terminator style subjugation and more about big brother quietly pulling strings.

Imagine a world wherein an artificial intelligence deems your email incorrect or overall detrimental to a core set of principles. Sound familiar? Thus your words are censored due to the powers in control of transmission. While withholding email may be a small act in itself, the power of the being or entity that deleted your expression of thought can be scary beyond comprehension. If your friends never receive a certain email, will they proceed to react according to the will of unknown forces? Then we begin to extrapolate the ramifications out past the level of human comprehension. This butterfly effect, so-called, in full force is terrifying to the average person. We all wonder if someday every action may be secretly guided by an unseen force, maybe Facebook or a Jarvis gone rouge?

Themes Science Fiction – Are We Alone?

In years gone by, many people have wondered if we are the only intelligent life in the universe. It is a deep and scary topic whichever way you look at it.

In one area of thought, this plant holds the only self-aware life in existence. Stop and think what that could mean.

Mathematically it seems absurd to think we are the only planet with life on it. If you have an infinite amount of cupcakes what are the odds only one got sprinkles? While that is an extreme over simplification that is the crux of the argument. Yet on the other hand, it also seems mathematically absurd to believe than life came forth out of chaos.

It is frightening to live as though we are the only life worth an Imperial Credit. But it is also frightening to conceive ourselves as a mere ant farm on the galactic level. The Men in Black franchise teased the idea that perhaps we are just an inside to a gigantic marble that resides in an alien’s locker as a toy. Wrap your head round that far-fetched idea. Could our universe be as small as an ant to something we will never “see” or understand. And if it is, would you not rather have such power with you rather than against you?

The themes science fiction embraces are amazing and fun. If you ever dared to dream about it I’m sure you can find a book to scratch that nerdy itch. The fun of it is finding your tribe, those that wonder about the same questions and push you to think differently about them or even just to research more deeply.

As science and technology grows the list of themes science fiction related will of course rush to fill the void between maybe and reality. If sci-fi ever runs out of new ideas, we could all be in trouble or perhaps only those who limited their concepts could be in trouble. Tough questions abound.

How to Make Money as an Amazon Associate, Reviewed 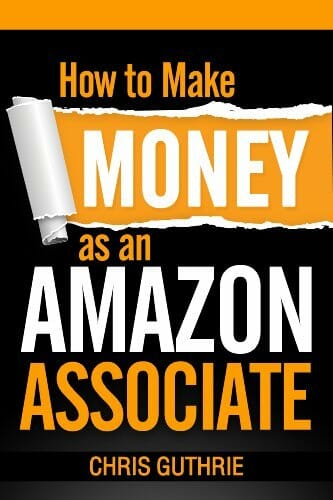 Authored as a book of real life case studies and examples that pertain to a real-world income as an Amazon Associate, the book by Chris Guthrie provides a reliable pathway to success. Although not specifically focused on the book marketing industry, I have found "How to Make Money as an Amazon Associate" a valuable tool in my efforts to provide a quality and self-supporting author website. I am not merely selling myself, I am also selling products within the science fiction and fantasy writing world. The process is never so simple and quick as people like Chris would like you to believe. However, the process does work.