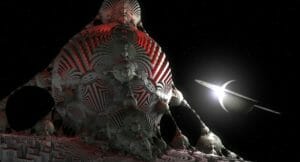 Science fiction Military Technology stands in a universe wherein reality meets the fantastical in such a way that readers cannot always determine the blending point. At times, the role of military technology in sci-fi involves a wonderfully creative universe than can borderline fantasy. At other times, the paths between modern technical military developments and the extended imagination of science fiction writers engage a tightrope of limited possibilities. The scope of conceivable probabilities is limited only by the mind and will of the science fiction story teller and author.

In the use of military-focused technology, the science fiction writer takes on technological innovation and critical analysis while also adapting such relationships into a practical world that rightly affects human as well as animals and aliens. In general, military science fiction examines speculative possibilities concerning the future of technology in warfare. However, in many cases, a science fiction writer may push the role of current military technology into a non-conclusive critique of contemporary politics. Thus stories involving science fiction military technology may deal with common issues associated with past and present social behavior as well as the inclusion of modern warfare. Military-related science fiction may actually be among the most respected genres within the sci-fi story-line, a genre of writing that has an awesome ability to directly and indirectly criticize modern society and the behavior of mankind as a sentient being.

The following discussion zooms in on the role of military technology in Sci-fi, Fantasy and even Horror.

Blind acceptance tends to be the dividing force on how people agree or disagree on a given position or event. Now transpose that narrative into a science fiction military technology condition. Change the names and capacities of the weapons. Tie in an amazing story around a given issue, a story wherein the viewpoint is either Peace Through Strength or the Threat of Misapplied Strength. This enables science fiction writers an opportunity to pull back the veil of familiarity, to open windows of thought wherein people can more clearly see an issue from either side of the argument, perhaps even nudge a closed mind to open and explore why something is right or wrong.

It is not favoritism that causes readers to identify military technology in sci-fi as a serious and important niche. Rather it is this very opportunity to critique a critical issue from multiple sides that brings acceptance to this powerful niche within the world of science fiction writing. Well-crafted tales that make use of science fiction military technology help to disarm the reluctant mind, promote alternative thinking, and establish a milestone of new understanding that is worthy of screaming from the top of the sci-fi mountaintop.

Military Technology in Sci-Fi, The Weapons and Defense Systems

Weapons and military technology in sci-fi obviously go hand in hand. It’s like a game of tag wherein sometimes the science fiction writer dreams up a new type of weapon and other times the writer merely expands the possibilities of an existing weapon. But like all things new: Any time a new sci-fi technology comes into being, the authors of the craft can barely produce new works with sufficient speed to satisfy hungry fans of science fiction military technology.

The rail gun is a perfect example. Here we see a weapon that uses magnets to move heavy lumps of steel along a rail at amazing speeds for devastating effect. Yet this weapon functions without need for an explosive power source. The upsides to rail gun technology is multi-fold and has been the subject of science fiction speculation for years. In this day and age the United States Navy has actually developed this technology to unusable prototypes if not widespread use.

Phaser guns are another science fiction military technology that we love to love. This little dandy can stun or kill. Evildoer beware. Today we have both microwave, sound and light weapons that are less than lethal. These are a boon to those in charge as they provide another alternative to kill or be killed, especially when the circumstance of an engagement may not be clear cut. Not every enemy deserves a death sentence.

A common theme of military-based science fiction involves visions of what the future of warfare might look like. Everyone has dared to wonder about what may come, more of the same or is some radical change right around the corner?

A great use for military science fiction is to contemplate options and outcomes. If we do XYZ now, what might be the outcome on the face of war 50/100/500 years down the road. If we compromise on this law of war or this moral dilemma will it lead to more of the same or is it a necessary evil for the moment. Introspection as a society is healthy and needed.

No one can know for sure what the wars of the next few hundred years will look like. However, looking ahead in our fiction can start a new kind of thought within the great minds that lead the brave men and women of modern day. How can we do better in the here and now? The boy reading about moral dilemmas that may be faced on the battlefield could someday be the man deciding how the next war is fought. That in itself is something worth exploring.

Military science fiction involves innovative prediction. It also provides critical analysis for exploring the possibilities of technology and how it will apply to the future of all creation, including man. But it also does something extremely important in the here and now:

It gives the consumer who is probably not a veteran, a tiny if incomplete look at some of the things the military goes through.

Make no mistake, reading a good military-based science fiction book does not make you a vet and does not mean you know what they went through. But it can provide a peek into something more than a nine-to-five day job. It can show some of the gray area faced by those involved in the life and death struggles of war. It can display some of the moral dilemmas that a normal person in everyday life has no concept of. It can also make a reader step back and be grateful for the rough men and women that stand ready to do or endure violence on your behalf so that you may sleep soundly at night. 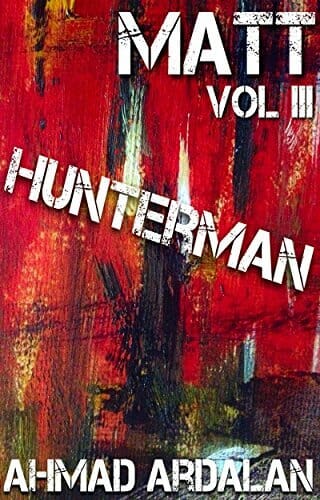