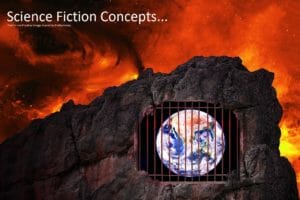 
When seeking to clearly define science fiction concepts, sci-fi authors soon recognize that no clear definition takes top billing in this genre of exciting and energized story telling. Yet the most popular and recognizable conceptual science fiction characteristics within the scope of story telling tend to involve:

This list does not by any comprehensive measure include ever possible science fiction concept. The genre is wide open to the limits of human imagination. Yet in order to remain within the reasonable characteristics of a sci-fi story, a writer must acknowledge the distinctions between fantasy writing and science fiction writing. Elements within a tale may cross over, yet science fiction authors always seek to present a story wherein the science “rings” of a real possibility within the laws that govern this mundane world in which we live. However, by including these primary SF concepts, we establish a guideline wherein effective science fiction writers can understand that part of their task involves ensuring that readers can identify the story as a work of science fiction rather than a work of fantasy or horror. Science is the primary focus of science fiction writing. Thus science in one form or another must read naturally into the characteristics of a sci-fi story. In deed, the concepts of science must be the primary driving force within the story.

Scientific Concepts, Pushing the Limits In Your Sci-Fi Story

Scientific concepts abound in science fiction, even pushing the limits and expanding the concepts thought plausible in the scientific community. Star Trek while being a relatively short lived TV show has had a tremendous impact on the way the public views technology. The phaser, a weapon of a type still elusive to the hopes of weapon’s designers, was first introduced and made a mainstream by the writers of Star Trek. Today we do have some mode of light and noise weapons that literally stun their targets without killing. Not on the power level of the Star Trek phaser but fully feasible as a possible weapon of the future.

Obviously the writers of Star Trek did not invent the smartphone nor did they likely conceive that a replica of the Star Trek Starship Enterprise would one day end up among the collections at the Smithstonian National Air and Space Museum.  However an entire generation of future scientists and engineers grew up thinking “But what if it wasn’t just science fiction, what if we could make that?” An idea is nothing without execution, but the spark has to come from somewhere.

Science fiction concepts have become the spark for so many wonderful innovations. Long before anyone could offer a viable option to meet the need, science fiction authors were already incorporating sci-fi stories centered around the effective use of mechanical arms, mechanical body armor and even mechanical warriors. To look back and see people marvel at the idea that “someday” amputees could be whole again, to see that dream become reality is powerful.

The people writing science fiction, love science! The research that goes into most of the themes of these works is amazing and beautiful. So many science fiction authors take pride in their themes being a jumping off point for readers to continue exploring concepts. The development phase is much more usually than “wouldn’t this be neat” and more “this is neat, how can I make it realistic given what is going on now in this field”.

The authors of science fiction inspire young engineers, technicians and scientists. In fact, many sci-fi story tellers are themselves scientist, engineers, and PhD holders in their current or previous careers. For these people the science needs to be the star of the show and they have the education and knowledge to back up their stories. 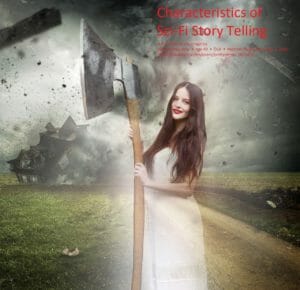 Some writers are physicists and engineers, others are your dorky neighbor that is just making it up as they go. At first glance you may me balk at the idea. But step back, and think about it. Who better to blur the line between not possible and why not than someone who has no preconceived notions. Many times we are bound by what we know, what we have done.

Someone walking in blind to a situation has no allegiance to the way things have been done, they just want to see why something could be done better or why a new widget isn’t being made. A breath of fresh air is sometimes what a situation need sand more than one technology would not be here today if not for a regular man or woman saying “you are wrong, it’s possible…I just don’t know how yet”.

If everyone had a bit more of the “why not” attitude the world would be much different place. We need science fiction to continue to grow as a society. We need outlets for our great minds to dare to dream. We also need the average person to love and embrace science. Without that spark invocation and growth becomes stagnant. Stagnation leads to nowhere and we all need to be somewhere.

Try some of my Free-To-Read Science Fiction Concepts

Wolf-men, and Beasts, Monsters in the Night – a True Tale of Halloween Pursuit 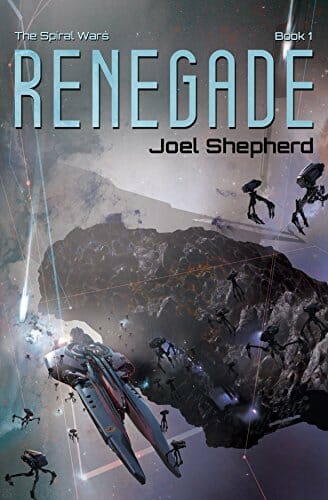 AUREALIS AWARD FINALIST; Best SF Novel of 2015One thousand years after Earth was destroyed in an unprovoked attack, humanity has emerged victorious from a series of terrible wars to assure its place in the galaxy. But during celebrations on humanity’s new Homeworld, the legendary Captain Pantillo ...