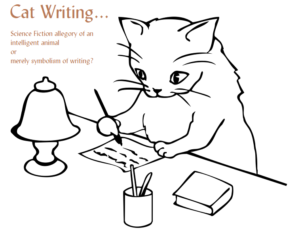 Science fiction allegory or science fiction symbolism; what’s all the confusion? Although the similarities between these two writing tools are many, the deeper concepts differ in more ways than one. To be effective, writers of sci-fi , fantasy or any other form of writing must have a clear understanding of each tool and the specific distinctions between the two.

Authors use allegory as a tool wherein all parts of the story extend into meanings beyond the literal text of the story. As such, allegories typically rely on integrated symbolism as a duel-purpose writing tool. However, the use of symbolism does not automatically qualify a story as allegory.

Total concepts are the key in an allegory-driven story, individual symbols may stand alone, yet when taken as a whole each set of symbols builds into a total and specific viewpoint reflects a reality that exists outside of the inner scope of the tale. Most often, the symbols used in a science fiction allegory interrelate, building upon one another in a manner that enables the author to develop a literal sci-fi story while also relaying an underlying framework of external meanings. Furthermore, whether telling a short horror story based on actual events or a hypothetical science fiction epic based on reliable scientific concepts, the allegory within the tale relates to specific concepts without the tale.

In essence, the characterization within sci-fi allegories use a form of symbolism that permeates the story from start to finish. The thoughts, actions and characteristics of all major within the story exemplify the symbolic significance of the focal allegory.

Science fiction symbolism spans a broad category of usage. Rather than focusing on the theme of a global allegory, most writers use symbolism as a general writing enhancement tool. It’s about using symbolism in a way that touches readers in the moment rather than throughout the unified scope of the short story, novel or what-have-you. In a science fiction and fantasy, symbolism and characters are not always crafted to drive an underlying vision of society, religion and politics etc. Also each symbol often stands alone with little or no context or supporting details.

In the history of sci-fi as an accepted form of story telling, George Orwell’s 1984 stands out as one of the best clear-cut examples of allegory in the gentry. Entertaining even for those only interested in the surface story, this classic dystopia novel drives home a behind the scenes allegory represented by each and every element within the story.

Throughout the story, Big Brother symbolizes a totalitarian government, everywhere, inescapable and beyond the power of removal. As such, the totalitarian government controls everything; nothing and no one is outside the realm of Big Brother’s influence. Published in 1949, just a few years after World War II, Orwell’s 1984 seeks to warn the world of dangers deeply embedded in totalitarianism as a govern system.

Even the description of Orwell’s Big Brother character embraces the essence of science fiction symbolism. Even as Winston, the lead character, experiences the agony of seeing Big Brother frowning down from the posters on every street corner, readers share the truth within the allegory. They too fall beneath the haunting command of submission from a dark eyed individual with a black-mustachioed face and a sign that commands submission.

Although feeling a bit like an innocuous touch, the mustache relays a deeper meaning. During World War II, the clean shaven presidents of the United States exemplified neat and self-control, decency and honor. That’s right, red-blooded patriotic Americans must resist any form of leadership that symbolizes evil in authority. Thus it is with purpose that Orwell crafted Big Brother after the order of dictators and other oppressive regimes of the day.

Did it just so happened that Orwell created these “strong men” and Big Brother with mustaches? No it was a strategic choice, one that worked well both readers and viewers of this wonderful science fiction allegory.

The posters of Big Brother themselves are symbols, a representation of totalitarian propaganda in all its forms. Totalitarian governments are known for state propaganda in print, radio and even in spreading of false information through agents. This is a perfect symbol for the ugly side of misinformation.

As it should be in any true sci-fi, fantasy or horror allegory, usage of the symbols in Big Brother are interconnected. They represent actual things, people, events and ideas with a one-on-one cross reference. This science fiction allegory story is told as a warning to the dangers of Totalitarianism. And without the story, the symbols could not stand on their own. Neither would the writing tell the same story.

Writers use symbolism as a storytelling tool wherein points can be shared without spelling it all out. When used correctly, symbolism relays character without need of additional details. Symbolism stirs the thought pot, prods the reader to think a bit deeper, broader wiser. It makes for great reading. But take care not to get caught up in stereotype symbolism. Far better it is that you create characters wherein your readers can cheer for the heroes while feeling for the bad guys, wherein the good characters battle the same type of inner demons as do the bad characters, and wherein both types of characters are capable of victory as well as defeat.

Star Wars. a prime example of stereotype science fiction symbolism. Context symbols used in this story sometimes link to a specific concept of allegory, but most often they serve as a general presentation of a general idea or tendency.

Have some fun. Get the “Star Wars Visual Encyclopedia” here.

The stark all black appurtenance of Darth Vader symbolizes evil intentions. Vader’s machine replacements imply a soul lost in duties. Each of these symbols stand alone with little to no contextual support. Even Vader’s storm troopers, white but faceless, represent disposable troops doing what their leader thinks is right.

Allegory and symbolism serve as key tools in the effective writing of a science fiction, fantasy or horror tale. They are not add-on ideas or one-off ideas. Rather these tools are used as recurring and revolving themes throughout the genre. I encourage you to learn more, to explore with the tools, to craft a short piece using first the science fiction allegory and then redoing using science fiction symbolism.

The more these things are understood the deeper your understanding of what is being said, and not said, in a story. 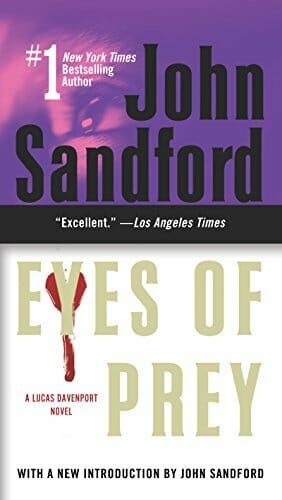