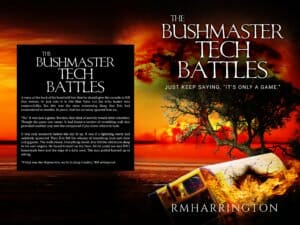 You are just in time to be one of the first to read my new sci-fi short story, “The Bushmaster Tech Battles.” It’s top quality fiction packed into a tad over 5000 words. Kindle sale price, just 99 cents. If you have Kindle Unlimited, just read it as one of your selections.

Press Release Bushmaster Tech Battles are set in a small post-apocalyptic Wakefield, Missouri community. Two neighboring and sometimes warring clans start out sharing a period of peace. But then it happens. One of the Monagans unearths a strange power from days long ago ended.

A voice at the back of his head told him that he should give the console to Bill that instant. Or just take it to Old Man Dave. Let the tribe leader take responsibility. But this was the most interesting thing that Eric had encountered in months. In years. And his curiosity spurred him on.

“No.” It was just a game. Besides, that kind of activity would draw attention. Though the game was smart. It had found a section of crumbling wall that provided another way into the compound if you knew where to look.

It was only moments before the sky lit up. It was if a lightning storm had suddenly appeared. Then Eric felt the whump of something loud and close and gigantic. The walls shook. Everything shook. Eric felt the vibrations deep in his own organs. He found himself on the floor. All he could see was Bill’s homemade boot and the edge of a dirty sock. The man pulled himself up to sitting.

“If that was the Hepworths, we’re in deep trouble,” Bill whispered.

If you choose to enjoy “The Bushmaster Tech Battles,” consider posting a review. Hopefully, this will be the first of many new stories available to avid sci-fi short story readers. Some I will craft myself. Others will be written by select authors of quality sci-fi short stories. 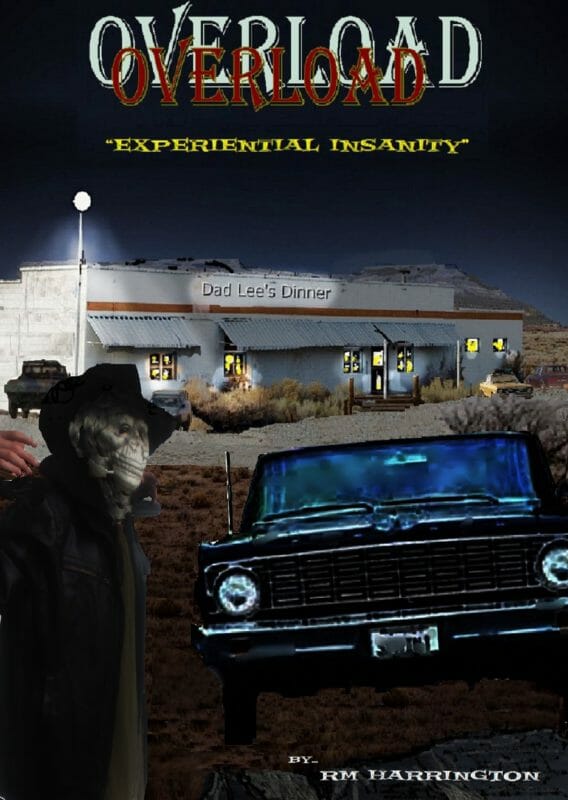