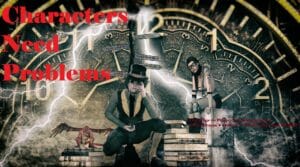 The Concept of Characters Need Problems

Residing within every story is a concept of characters need problems. Understanding this principle may make the difference in writing and selling your science fiction stories. This article addresses the related issues.

To write short stories that sell, you must learn why characters need problems. Moreover, you must learn how to be quick about defining the problem your character or characters must resolve. We call this a narrative hook or a literary technique wherein the writer opens the story with a problem that demands attention. Sometimes the hook or hooks consist of several paragraphs. Often times we kill, so to speak, the sheriff in the first sentence.

Point of notice: Not all hooks function by defining a problem characters must solve.

The crafting of a novel is seldom so cramped, as is the crafting of a short story. Likewise, writing a mainstream fiction tale often requires less in the opening line than does the first sentence of a science fiction or fantasy tale.

As a result of my previous paragraph, you should be pondering the distinctions between writing mainstream fiction and the crafting of science fiction. What makes writing of the opening sentence easier for the one over the other? Example:

Fundamentally, if a mainstream fiction author kills the sheriff in the first sentence, the reader assumes that the sheriff is human, lives somewhere on the earth, and deals with problems in manners common to humans. Thus there is no immediate need to ensure that the reader understands that the stated problem resides within the realm of the natural.

Point of notice: Not all science fiction problems are obvious as stated.

On the other hand and from word one of the story, readers of science fiction expect to encounter the abnormal in a way that is often not linked to all things equal being normal. In science fiction, the standard definition of characters does not exist. This does not mean that the science fiction writer cannot use normal human characters. However, he or she can just as easily craft a story about a shadow that is trapped in a drain beneath a streetlight. Then the story may go even further. The very use of the word shadow as a means of introducing the character may or may not respond to the normal application of that word. Now, the concept of killing the sheriff in the opening sentence needs also involve something that helps the reader identify:

Back then, to the concept of a story that deals with a shadow that is trapped in a drain beneath a streetlight. Perhaps you feel that the writer along will determine how much more detail should be revealed within the first sentence or paragraph of the story.

Not so. Editors and readers alike hate a story wherein confusion rules the opening lines. Writing and selling science fiction short stories is not easy. So make this one thought a critical component of how you craft your first line and your first paragraph:

Point of most importance: Sci-Fi or not, the hook must immediately tap the reader’s sense of wonder.

With all that has been said above, one might think that the first paragraph must contain the full story plot. Not so. In fact, some of the best opening lines I ever read are more about details, location and hook rather than a defined problem. However, in reading the lines, you can easily see that a definite problem is inferred if not defined.

This I think is among my favorite openings. The hook is in an understanding that this description defines something beyond the mundane.

“The place stank. A queer, mingled stench that only the ice­ buried cabins of an Antarctic camp know, compounded of reeking human sweat, and the heavy, fish ­oil stench of melted seal blubber. An overtone of liniment combated the musty smell of sweat­-and- snow ­drenched furs. The acrid odor of burnt cooking fat, and the animal, not ­unpleasant smell of dogs, diluted by time, hung in the air.”

“I was born twice: first, as a baby girl, on a remarkably smogless Detroit day of January 1960; and then again, as a teenage boy, in an emergency room near Petoskey, Michigan, in August of 1974.”

The Dark Tower I: The Gunslinger by Stephen King

Ok. This was not a short story. No matter. I like the line much.

“The Man in Black fled across the desert, and the Gunslinger followed.”

The Girl in the Box Series, Books 1-3: Alone, Untouched and Soulless 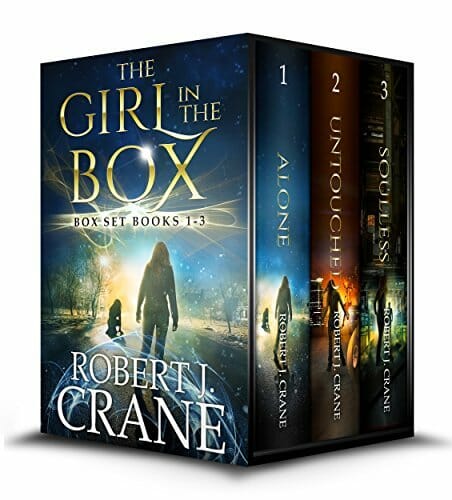 This is a collection of the first three titles in The Girl in the Box Series, which are about a teenage girl who develops powers far beyond those of a normal human, and her battles against those who would use her against her will. (Approx. 185,000 words total.)Books included:1. Alone2. Untouched3. S...