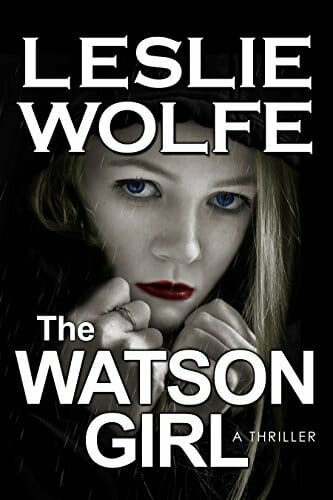 An entire family is murdered and, by a quirk, a young girl is left unharmed. For fifteen years, she believed the killer had been caught, and he’s now on death row, awaiting execution. While trying to be content with her adoptive family, she’s living in relentless uncertainty and the fear of remembering what really happened that night when she was five years old. She’s The Watson Girl.

A therapist has asked her to participate in regression session treatments to attempt to bring back those lost memories. The closer she gets to the truth, however, the less time she has to remain alive. Now, the real killer is going to silence her, before she can remember the details of that horrifying night, when she was an innocent witness.

Join the smart, relentless, and short-fused FBI Special Agent Tess Winnett and her team in a heart-stopping search for the serial killer who has managed to stay hidden for many years. Explore the inner workings of the murderer’s mind, and find out what motivates such predatory, blood-lusting behavior, while following every twist and turn of an existence spent taking lives.

The Watson Girl: Laura Watson’s family was murdered fifteen years ago.
That was only the beginning. His beginning.
If you’re the apple of his eye, you’re already dead.

Special Agent Tess Winnett will hold nothing back to stop the killer before he takes another innocent life. She never fails, no matter what’s at stake. Even her own life.

The best-selling author of Dawn Girl is back with another suspenseful, gripping thriller. If you’re a fan of David Baldacci and James Patterson, you will enjoy Leslie Wolfe.

What Readers Say About Leslie Wolfe
— “Leslie Wolfe has the talent that is comparable to the likes of a Tom Clancy or a Michael Crichton, or even James Patterson.” – Dennis Waller
— “Wolfe keeps readers turning the pages…” – Kirkus Reviews
— “Leslie Wolfe knows how to blend advanced technological data with powerfully written human behavior responses and the result is a novel that few will want to put down once the story begins.” — Grady Harp
— “Verdict: A phenomenal novel that will keep you on the edge of your seat. I highly recommend it!” — KWNY Publicity


Readers and Critics Talking About Leslie Wolfe Novels
— “Leslie Wolfe is now very much on my list of MUST READ AUTHORS and I can’t wait for the next book to be released”
— “Characters you really can bond with and want to read more about. Too real and plausible not to keep you reading far too long after bed time!”
— “Now this was a real smoker, really kept it moving, very well written. Guess I better find out if my wife is talking to me.”
— “Leslie Wolfe just gets better and better.”
— “This story has one of the best plots I’ve read in a long time.”
— “From the beginning to the last page her novel manages to keep reader’s attention, delivering intrigue, thrill and suspense.”
— “An impressive amount of suspense throughout.”
— “As soon as I picked it up, I couldn’t put it down! Full of suspense and keeps you at the edge of your seat. I loved it!”
— “As a long-time fan of Tom Clancy’s early works and Dan Brown’s techno-thrillers, it makes me proud to see a woman stepping so confidently into this male-dominated arena. Well done, Leslie.”

Sign up for Updates
About the Author
Leslie Wolfe 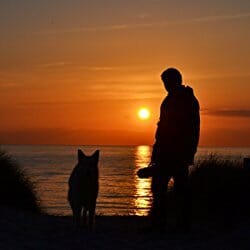 Bestselling author Leslie Wolfe is passionate about writing fiction, despite spending a significant number of years climbing the corporate ladder. Leaving the coveted world of boardrooms for the blissful peace of the Florida-based "Wolves’ den," Leslie answers one true calling: writing.

Leslie’s novels break the mold of traditional thrillers. Fascinated by technology and psychology, Leslie brings extensive background and research in these fields, that empower and add texture to a signature, multi-dimensional, engaging writing style.

Leslie released the first novel, Executive, in October 2011. It was very well received, including inquiries from Hollywood. Since then, Leslie published numerous novels and enjoyed growing success and recognition in the marketplace. Among Leslie’s most notable works, The Watson Girl (2017) was recognized for offering a unique insight into the mind of a serial killer and a rarely seen first person account of his actions, in a dramatic and intense procedural thriller.

Leslie Wolfe enjoys engaging with readers every day and would love to hear from you.

Learn about more authors at... https://www.rmharringtonshortstories.com/list-authors

The military sci-fi classic of courage on a dangerous alien planetThe planet is called Banshee. The air is unbreathable, the water is poisonous. It is home to the most implacable enemies that humanity, in all its interstellar expansion, has ever encountered. Body armor has been devised for the comma...