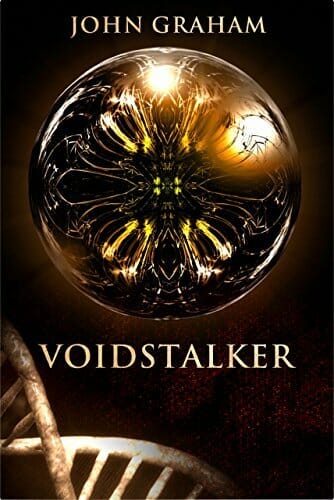 What glitters is gold, but beneath it is rot.Humanity has a sprawling interstellar empire. Advances in science and the resources of countless frontier worlds have brought untold prosperity to its citizens. But how much of this wealth comes from dangerous experiments with alien technology?As an elite... 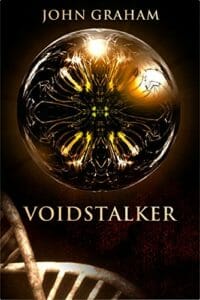 Genetic engineering defines “What glitters is gold, but beneath it is rot.”

In Voidstalker, John Graham Page awakens a new sense of interstellar excitement. No more “just another space tale.” But rather what happens when humanity has a sprawling interstellar empire. Advances in science and the resources of countless frontier worlds have brought untold prosperity to its citizens. But how much of this wealth comes from dangerous experiments with alien technology?

As an elite intelligence operative, that question plagues Gabriel Thorn constantly. When contact is lost with a mysterious research facility, he is sent to investigate. But he finds a web of secrecy and lies which extends through the corridors of power and industry, and finds himself unprepared to confront the ancient evil buried deep within.

A Tale of Genetic Engineering by One Who Enjoys Writing as a Hobby and Science Fiction as an Escape.

The result of eventually combining the two is Voidstalker.

A wonderful sci-fi with a concept that will blow the reader’s mind. Readers meet humanity at a point they have advanced greatly. They enjoy great wealth and prosperity, but where does it come from and how much of humanity has been sacrificed to attain this level of success? It’s when elite intelligence operative, Gabriel Thorn is tasked to investigate a mysterious research facility that has lost contact that his mind is blown by what he finds. It is interesting to notice the great pacing, the realism, and the wonderful conflict development. It’s as entertaining as it can get.

Alien technology? Check. Intergalactic travel? Check. Wonderful story line? Check. Cool situations? Unique environments and places? This story has all of this and more. It is really deep, and is actually more than one plot line and even mian character, in a way, yet all of the story lines are connected masterfully and seamlessly and in a way I did not even understand was even occurring until a little bit into the bookl, and that was a delightful surprise. I was really impressed by the depth of the characters, the relationships between all of them and the world and environment building. It was highly enjoyable reading all of the interactions as well as the way the story ended, it seems to leave it really open for another book to be in the works and if the author plans on continuing and writing a full series, I will purchase it!
Review By Aisha-Kimberly Hashmion October 29, 2017

Goodreads questions for John Graham
How do you deal with writer’s block?

John Graham When writing the first draft, the most important thing is to actually get stuff onto the screen. For me, that means forcing myself to write at least a page per day regardless of the quality of what I write. The first draft by definition is the worst draft which means you’ll have to rewrite parts of it anyway, but first you need a completed story to edit in the first place.

When typing up the first draft, it doesn’t matter if what I type is grammatically correct or not, or if the characters are in a scene which isn’t necessary, or if I’m just piling in adjectives and adverbs to fill space. All of those problems can (and should) be corrected when editing the draft later. Before you do any serious editing or agonies over syntax or minor plot details, you should work on finishing your first draft first. 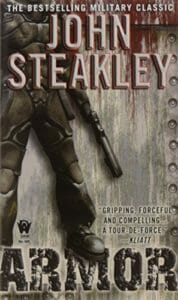 John Steakly , Armor”
The military sci-fi classic of courage on a dangerous alien planetThe planet is called Banshee. The air is unbreathable, the water is poisonous. It is home to the most implacable enemies that humanity, in all its interstellar expansion, has ever encountered.
Sign up for Updates
Look Inside
Disclosure of Material Connection: Some of the links in the page above are "affiliate links." This means if you click on the link and purchase the item, I will receive an affiliate commission. I am disclosing this in accordance with the Federal Trade Commission's 16 CFR, Part 255: "Guides Concerning the Use of Endorsements and Testimonials in Advertising." 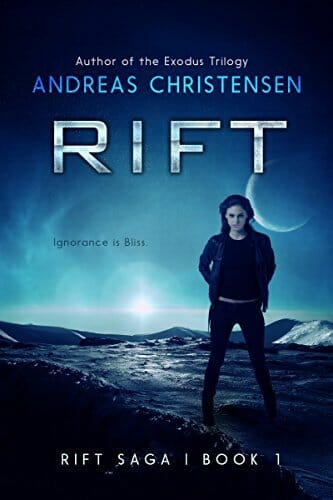 In a futuristic dystopian Earth, boundaries and cultures have disappeared and re-emerged in completely different and generally unrecognizable ways, yet the politics ring familiar with one power's use of technologically augmented disinformation, misinformation, and demonization of its opponents.

Sue and Dave, youthful residents of an oppressed town find themselves selected to serve the powers that be, with incentive being to have a chance at true citizenship, otherwise denied, as well as gaining the right to avoid the mandatory euthanasia at age 50 -- if they can survive their service.

Through a series of sheer accidents, they catch a glimpse behind the veil of deceit whereupon they find themselves targets for "neutralization" because what they now know poses a serious threat to the status quo.