Necroscope III: The Source.... This whole series takes the world of vampires and completes it. Where they came from, why they exist, how you really kill one, how they reproduce, why the gypsies are so closely associated with them and why they do what they do. The series is 100 times better than all other vampire books combined. Well Done Mr. Lumley, well done.(This book was my favorite of the first 5 in the series)
Review by ByWhisky Warrioron June 7, 2013

Necroscope III: The Source isn’t just a book it’s an experience. It brought more emotion in me than most movies do. It sucked u in from the very beginning. I read this book in 5 days I spent countless nights reading and reading and reading. It is at this time the best book I have ever read. Thank you Brian lumley….

Necroscope Series — Bryan Lumley takes the vampire lore to a whole new level of perspective and does a great job of it. I am re-reading the series for a 2nd time and I don’t think it’s a waste of time….Enrique A Velasquezon

The series began with a portal into a distant dimension. In The Source, Brian Lumley begins to explore the origins of the Wamphyri manifestation on Earth. The tale picks up years after Harry left E-Branch. The search for his missing son and family is in effect. But now, Darcy Clarke, the new head of E-Branch, has need for Harry’s unique set of “dead speak” skills.

On investigation of a new Russian base, Harry uncovers the consequences of a “blowback” from a high powered photon beam into an atomic pile. There is now a new “Grey hole” in space time. Russians have been sending people through the one-way passage. But alas, monsters into this earth have emerged from self-same “Grey hole.”.

Traveling through a parallel grey hole in Romania Harry enters the source world of the Vampires, a world known as Starside/Sunside, wherein Vampire overlords prey on gypsy inhabitants, and wherein his now adult son (his son having used time travel as well as interdimensional to avoid Harry) is infected as a Vampire/Werewolf and besieged by the world’s Vampire Masters as he seeks desperately to protect both himself and the world’s people without losing what remains of his own humanity in the process.

Harry and Harry Jr use the sun to destroy the Vampire lords. In the process Harry Jr is horribly wounded by the sun. Harry Sr. spends time with the only vampire Lord that was not banished to the Icelands, Lady Karen. She is struggling with her remaining humanity. Harry cages her in a room in her castle after destroying or freeing all her servants. After starving her for many days he is able to lure out her Vampire leech and kills it. The Lady Karen commits suicide, because she has known what it’s like to be Wamphyri. The book leaves off with Harry Jr. becoming aware of Harry Sr. watching him with his mind blocked off from his powers.[1]

Components of the Necroscope III: The Source, plot details borrowed from Wikipedia.

Searching the infinite parallel time-streams of the metaphysical Mobius Continuum for his long-lost wife and son, the Necroscope Harry Keogh discovers that Soviet scientists have accidentally opened a portal to mankind’s worst nightmares. The lethal terror of Chernobyl is a mere bad dream in comparison.

Just a sampling from the Goodreads editors…

Also get book one of the “Dead Speak” series… Necroscope.

BRIAN LUMLEY: Multimillion-copy-selling author. Tales include: the “Necroscope” series and continues in the E-Branch trilogy: “Invaders,” “Defilers,” and “Avengers. Also known for “Maze of Worlds,” “The House of Doors,” and the Titus Crow series. Named by World Horror Convention as Grand Master. Lumley also won a British Fantasy Award for “Fruiting Bodies.” Brian Lumley is a resident of Devon England. 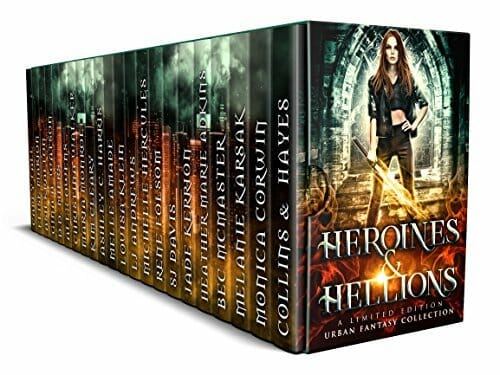 NO DAMSELS ALLOWED!22 Kickass Heroines.22 Exclusive, Full-length Urban Fantasy and Fantasy Novels.0 Damsels in Distress.Do you like your leading ladies to save the day...or raze it?No matter which you prefer, this set is brimming with 20 magical stories (many BRAND NEW) told by some of the leading v...