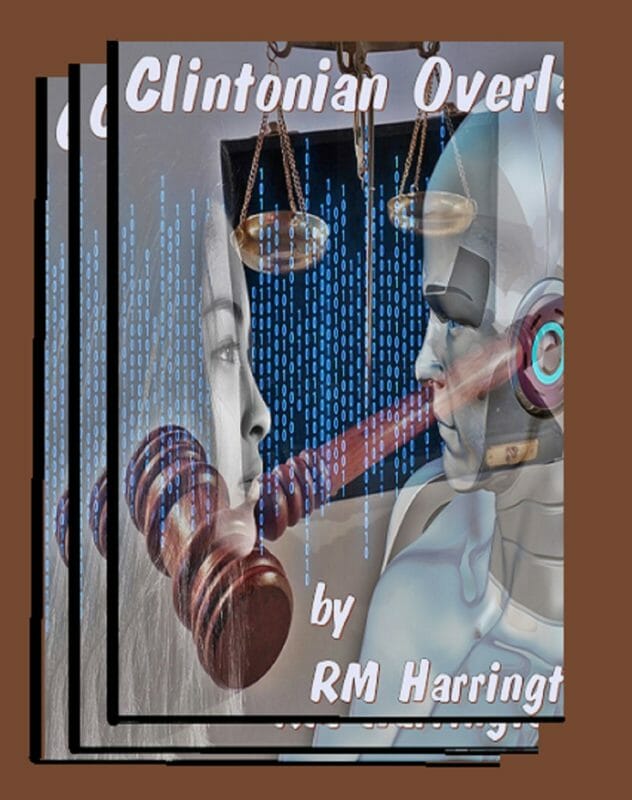 Will we give up essential liberties for the sake of simplified court systems?

In order to permit legalized scanning of memory and thoughts, authorities have rewritten both the Fifth and the Sixth Amendments to the Constitution of the United States of American. No longer can suspected criminals avoid charges by refusing to testify on the grounds of self-incrimination. No more trial by jury. From here out, android judges dispense justice for all in a timely and fair manner.

Resistance In The Making

Not all citizens agree with change, but the resistance stands now without teeth. Or does it? What would happen if criminals gained access to some new method of mental overlay that enables them to lie with impunity, to present evidence via implanted false memories, to scam the judges?

Federal Justice Engineer Brian Harrison is tasked to uncover a fault in the system. But then he uncovers the devious Clintonian Overlay. Can he survive the brutality of those who support and promote this new challenge to thought scanning technology?

Clintonian Overlay, How To Lie Without Remorse

Once inside, he turned to block his unwanted companion inside an open doorway. “How can I help you?”

The man shook his head. He looks almost sorrowful, Brian thought. But if so, the sorrow was insufficient to induce a holding back on any of the force of the punch that came right to Brian’s stomach, or the kick that felled his legs.

Lights flashed as Brian’s head struck the corner of a chair. Another few blows to his torso and the man appeared to be done. Wordless, he turned and left.

In spite of the ringing in his ears and the dark spots before his eyes, Brian had the presence of mind to push the security button set underneath his desk. He had long thought the device a senseless waste of government funds. Not now. Just pray it works.

He lay on the floor for a while, contemplating the underside of the desk and legs of his chair. He was sure of one thing: he was definitely in over his head.

Prepare for the unexpected. Expect excitement. Resolve the complexities of the Clintonian Overlay.

Check out the Bushmaster Tech Battles

The Great Omission: Evangelizing the Lost for the Great Commission

In this 2014 version find out what are the most effective methods to evangelize the lost? This book contains easy to follow steps on how to go door-to-door and create or improve your church's Outreach. Evangelize the way Jesus and the apostles did by using the Word of God, the Spirit, with the Word...