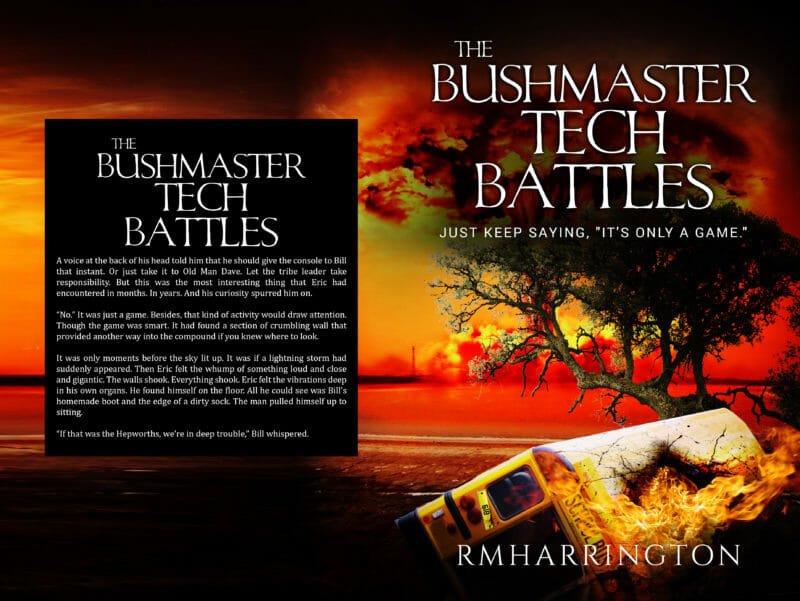 Is this new apocalyptic fiction short story, survivor/hunter Eric Samuels accidentally activates aged technology that dates back to the war that ended modern civilization. Thus begins a new computer-originated conflict between two surviving clans. By time the players recognize that the device is not only more than a game, but that it also operates according to its own logic, avoiding disaster may be impossible. 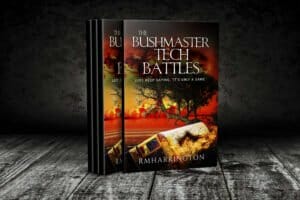 An example of what happens in a hill-billy apocalyptic fiction…. The BushMaster Tech Battles

A voice at the back of his head told him that he should give the console to Bill that instant. Or just take it to Old Man Dave. Let the tribe leader take responsibility. But this was the most interesting thing that Eric had encountered in months. In years. And his curiosity spurred him on.

“No.” It was just a game. Besides, that kind of activity would draw attention. Though the game was smart. It had found a section of crumbling wall that provided another way into the compound if you knew where to look.

It was only moments before the sky lit up. It was if a lightning storm had suddenly appeared. Then Eric felt the whump of something loud and close and gigantic. The walls shook. Everything shook. Eric felt the vibrations deep in his own organs. He found himself on the floor. All he could see was Bill’s homemade boot and the edge of a dirty sock. The man pulled himself up to sitting.

“If that was the Hepworths, we’re in deep trouble,” Bill said.

Apocalyptic Fiction with a Twist 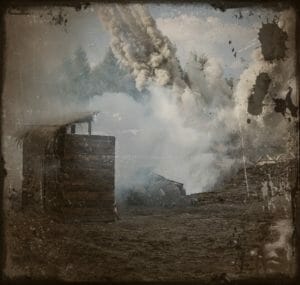 They may be “just country folks,” but their war is about to get technical. Experience the growth, the changes in attitude, and the understanding that things are quickly getting out of hand and beyond control. This apocalyptic fiction deals with real people learning new ways in an old/new world. Join here in the epic meeting of Eric and Bella.

Eric knelt and kept his rifle trained at the opening. Sure enough, a group of Hepworths rounded the corner. No more than three, at least not that he could see. Only one of them appeared to have a bow. The others had knives most likely. They stopped right in front of the vines. Eric fired before he had a chance to let his own thoughts tangle him up. He saw one of the Hepworths fall, saw the others immediately react. A spear whizzed over his head and something struck him in the upper arm.

An arrow. A homemade arrow. Not as good as one of his own, but effective nonetheless. He resisted the urge to pull the thing out and aimed again, knowing he had to act while his head was still clear. Another Hepworth fell to the ground. And before the remaining person could strike again, he stood up and aimed his rifle clearly and directly at the last Hepworth.

They saw sense and lifted their bow over their heads. Eric walked towards the Hepworth. Closer in he could see it was a woman, young but with a commanding gaze.

“You’re coming with me.”

She nodded, green eyes rebellious but calm. It was the black hood and cloak that had hidden her gender. Eric gestured with the rifle. “Discard the cloak.”

Frowning, she stepped out of the black and let it fall to the ground before kicking it aside with her right foot. Underneath she wore makeshift fighting gear: a tattered leather hunting vest over a long-sleeved black shirt and faded leather motorcycle leggings.

Reaching down, she slowly pulled a blade and tossed it into the nearby brush. “That’s all,” she said standing and turning full circle. Stepping to the right, she cautiously retrieved the cloak, shook it out to reveal no pockets inside or out, and then arched her right eyebrow. Eric nodded. She slid back inside the black.

The Bushmaster Tech Battles, Apocalyptic Fiction at its best.

Other short books by rm harrington…. Check out… 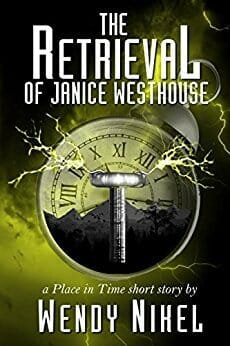 Elise Morley, professional time traveler, makes her living in the past. At the Place in Time Travel Agency, her job is to ensure that the Ten Essential Rules of Time Travel are adhered to and that clients who run into trouble on their historical vacations can make it safely back to the present where...