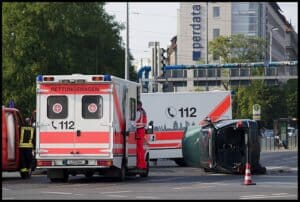 Bitterness as a Mindset

Bitterness in the heart, a curable disease. Crystal Summers peered through the curtains above the kitchen sink. In the yard next door, a young father labored to complete a ten foot long section of fence between his new, used brick home and Crystal’s fence. He was obviously trying to pen in his two rug-rats.

A wilderness of old and ever-present bitterness twisted in her gut, but she no longer recognized its wrongness. The roots sank too deep for memory. Bitter people reap bitter fruit, but they too often overlook the root of their pains.

For Crystal, the soured taste of an angry childhood was long overshadowed by a bitter marriage to a wicked man, a costly divorce, long battles with physical sickness, foolish doctors, crooked insurance agents and endless years of wretched loneliness. No one cared. No one mattered.

Feeling the read. Share When Bitterness Invades Your Heart with friends. I really need the push..

“Foolish kid,” Crystal whispered, and then closed the curtains. “What gives you a right to link up to my fence without permission.”

Technically the fence belonged to the new neighbors. It was five foot over the property line. The contractors, Dirty and ugly little Spanish varmint and likely illegal as well, had miss-measured the property boundary.

Crystal didn’t care. The fence was fifteen years old. She had paid for the installation, the materials and the permits. The previous owners of the little brick unit next door had accepted Crystal’s ownership of the fence. They had respected her authority in the matter. Was it not right to expect the same courtesy from the snot-nosed newcomers?

But no. Here they come, young people buying a first home and immediately thinking they have rights to her fence. “Well. We’ll see. Just wait a while. We’ll see who owns that fence.”

Ignorant to the Evils of Bitterness

When the fence work was finished and secure, Randy Edison went inside, smooched his wife on the cheek, hugged his two kids, and then went to the bathroom for a long, well-deserved shower. Age hindered his experience in many areas of life. Being quick to conform to the needs of others, it never crossed his mind that the older woman next door would be upset about a link to her fence.

Confident in her husband’s work, Susan Edison opened the back door and permited five-year old James and his three-year old sister, Tina, to make use of the backyard. With the back door open for easy child monitoring through the screen, she set about the task of preparing supper. The kids were in plain sight, and even if they slipped momentarily out of view, the new fence addition would keep them secured in the back yard.

Poor, Tired, But Happy – A Contradiction to a Lifestyle in Bitterness

For Jake Chanson, making ends meet was a weekly struggle. Bills were always due. Something was always broken. More often than not, his vehicle lacked good tires, sturdy brakes and a current inspection sticker. Today, he left work with foreknowledge of a license check on Route 12, South.

Avoiding the law comes natural to people like Jake. Not because he was an evil man with wicked intentions, but rather because he was always a little short of what it takes to keep the law happy. Today, when Jake Chanson left work, he turned right onto Randoff Lane. Taking the back roads was easy. It only cost a little more in gas and it enabled him to fully avoided the Route 12 license check.

The ride through tree-lined residential areas could be pleasant, even joyful. Jake Chanson traveled toward home, a happy camper with no need to worry about the cares of tomorrow. He didn’t have much, but he was content with what little it was.

The Collision Between Three Worlds: Bitterness, Peace and Ignorance

Randy Edison had no more than turned the corner before Crystal Summers came out of her garage with a set of honed, Emerson wire cutters in her gloved hands. It only took half a dozen snips to separate the young father’s handiwork from her fence. Smiling in self-satisfaction, she pushed the coil of remnant materials back toward the young couples home.

Susan was watching Tina and James play, but she was also busy. And today, her timing would prove to be really, really bad.

She looked through the screen door. Both James and Tina were in clear sight. They were sitting on the ground, playing in a pile of sand and toys. Susan smiled. It was good to have their own house, even if it was small and a bit run down.

But Susan was about to make a critical parenting mistake. The meat was frying. The biscuits were nearly ready to come out of the oven. And the fried squash was taking on too much heat.

Jake Chanson had just reached the turnoff to Lander Ln. The old Comet’s speedometer showed he was traveling twenty-seven miles per hour. The windows were down, and Jake had a small, open can of Pepsi on the dashboard.

In a time frame that is quicker than any adult can comprehend, James and Tina Edison discovered and passed through the opening between their home and that of Crystal Summers. Moments later, Tina headed for the highway. She was walking beside her father’s car, on Jake Chanson’s blindside.

Susan realized they were missing and hurried outside for a better view. Randy had just gotten out of the shower. His only experience with the near disaster would come via word-of-mouth.

The yellow jacket wasp came out of nowhere, but it came through the driver’s side window just as Jake pulled a sip from his Pepsi. Things went kind of funny for a moment. The wasp buzzed in every direction. Jake swatted. The Pepsi splashed into the air and down on Jake.

And at the same time, a three year old girl child tripped at the curve and fell head first onto the blacktop of Lander Ln.

In the aftermath of the accident, unbelievers said that the wasp saved the child. Between the swatting and splashing and the confusion, Jake Chanson veered a hard right that landed his 1964 Comet in the empty front yard of a family that lived across the way from the Edison’s. Susan witnessed the entire scene.

She had rounded the corner and passed quickly through the remains of a fence cursed by bitterness. She saw Tina running. She saw the blue Comet. And in her heart, she realized that her only daughter was about to come head to head with what seemed a monstrous car from edges of hell.

That’s when she called His name. That’s when she cried out for help from the only one that could possibly make a difference to the situation. “Jesus,” she said, and the word was a cry of relevance. “Jesus, risen Son of God, save my child today.”

Nothing changed for Crystal Summers. In fact, she told the children’s grandmother that both the kids could die for all she cared.

The incident could have given birth to a new born child of bitterness. But God intervened. Rather than hating the old lady next door, Randy and Susan Edison added a new name and a special request to their prayers.

And the unbelievers still said a bee saved the child.

13 and make straight paths for your feet, (Prov. 4.26) lest that which is lame be turned out of the way; but let it rather be healed.

14 Follow peace with all men, and holiness, without which no man shall see the Lord:

15 looking diligently lest any man fail of the grace of God; lest any root of bitterness (Deut. 29.18) springing up trouble you, and thereby many be defiled;

Feeling the read. Share When Bitterness Invades Your Heart with friends. I really need the push..